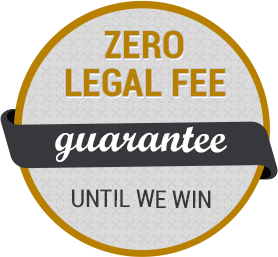 While people go to doctors for treatment of their ailments and injuries, malpractice by medical staff and facilities results in serious injuries and fatalities for thousands of people in California alone. Victims of medical malpractice have the right to demand compensation for the injuries that they suffer.

Medical malpractice cases often include other defendants than the treating doctor. Medical malpractice claims may be brought against hospitals, trauma centers, health care centers, nurses or pharmacists. Complicated agreements between doctors and medical centers may affect whether other parties can be held accountable for a doctor’s work.

A Sacramento medical malpractice attorney can discuss the common types of medical malpractice cases that he or she encounters on a regular basis. For example, failure to diagnose cases are common. This type of case involves a person who has received an incorrect or late diagnosis. The theory is that the patient would not have been injured had the doctor conducted the proper test or made certain evaluations. Another common type of case is birth injury cases. Improperly using forceps or vacuum extraction can result in lingering effects in infants. Surgical errors may occur when the doctor operates on the wrong part of the body, the wrong person or in the wrong manner due to disorganization or mixing up charts. Medication errors can occur if a pharmacist provides the wrong medication or fails to take into consideration the effect of mixing prescriptions.

Not all negative effects create an actionable claim according to California law. Medical malpractice cases are more complex than many other types of personal injury cases. The question in these cases often centers around the standard of care that the doctor or healthcare facility used to treat the patient. Healthcare professions are expected to follow certain procedures and treatment regimens that are accepted in their field. If they fail to adhere to these procedures and the patient is injured, liability can arise.

Medical malpractice victims are entitled to recover economic and non-economic damages. Economic damages include those types of damages that are often easier to identify, such as the following:

If you or a loved one has been injured because of medical malpractice, contact a Sacramento medical malpractice attorney by calling us at (916) 452-6116. Case consultations are always free and confidential at Amaya & Associates Law Group.

"CARING AND PROFESSIONAL LAWYERS THAT GET RESULTS."